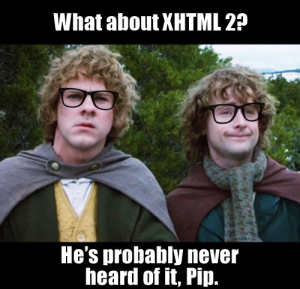 Depending on your frame of reference, HTML5 is a +1 spear in the side of XHTML 2, or you’re thinking “There was an HTML 1-4?”

HTML did not get to its position today as the main publishing language of the web all by itself. HTML5 does not attempt to reposition HTML as the end-all application platform in a closed and proprietary fashion. HTML5 will continue to work with other technologies like JavaScript and CSS. HTML5 is simply a specification for the next phase of development of the core language of the web.

The World Wide Web Consortium (W3C) is a group that develops web standards and specifications and is the group responsible for maintaining the current progress of HTML5. In 2004, a proposal to move HTML forward, involving Opera and Mozilla, was rejected by the W3C. The W3C had been in the process of developing its own vision for the web in the form of XHTML 2. The W3C went through half a decade and eight drafts before finally abandoning XHTML 2. Work continued by both groups until, in 2007, the W3C abandoned XHTML 2 and issued a charter for a new proposed standard: HTML5.

Beginning in the late 90's, the ubiquity of cheap bandwidth started to create a demand for rich online experiences that up until then were exclusively enjoyed from the desktop. The year 2004 was when the web was starting to get a lot more interesting. JavaScript and CSS were being combined with some older technologies to create new and novel experiences from the browser. Even then, many features had come to rely on plug-ins to provide these experiences to modern users. The ubiquity of the browser, combined with the rapid growth of functionality over the web, meant users were expecting more and more capability they had come to expect on desktop applications with the convenience of the browser.

That HTML 4 is showing its age is not a reason alone for the herald of HTML5. Expectations and applications have come a long way in a short period of time if you’re counting Earth-years. One of the goals of HTML5 is to address the evolution of web standards and how modern web applications are created and consumed. To provide a more native development platform reducing the need for plug-ins.

One of the key aspects of the HTML5 specification was the decision that it not break existing web sites. This has fueled the phenomenal growth of interest in HTML5. While it does not stray from its own legacy, HTML5 does offer a modern backbone for creating applications.

The Brouhaha – Benefits and Associated APIs

The importance of a common specification lies in the ability of the moving parts to work together seamlessly regardless of the user agents. With a common specification as the basis, developers can rely on common tasks needed to build rich applications and in turn formalize how certain applications are built, a benefit heretofore much more common in conventional desktop application development. Along with semantic enhancements of HTML5, this creates a much more capable mobile and web authoring tool overall.

One of the weaker parts of XHTML 2 was its error handling philosophy – there wasn’t one. HTML5 describes error handling as part of the specification. This level of detail allows for much more consistency across browsers or devices without worrying about the user agent implementation.

A feature that seems users learned to do without or forget completely is the simple matter of selecting text. HTML5 also brings the capability of in-line editing directly in the browser.

Direct support for Drag-and-Drop operation with HTML5 not only addresses the changing expectations of how modern applications behave, but also the ways in which users interact with them across different browsers.

Popular applications are increasingly being used in contexts far away from the traditional desktop environment and HTML5 describes a way for applications to continue to function even when an internet connection is not available, updating data when connectivity is restored. Users are taking their browsers with them and applications need to work everywhere and not only when a live connection is available.

HTML5 brings in direct support for audio and video elements, allowing for much more direct control of this content. Part of the growth of internet applications has been the confluence of cross-site content and sharing resources over the web. Completely original content is becoming less common in favor of curated and collected content.

HTML5 defines a messaging specification that promises to enable low-latency communication across different origins. This further improves potential functionality in the browser with the ability to exploit functionality over the web in two-way real-time communication. 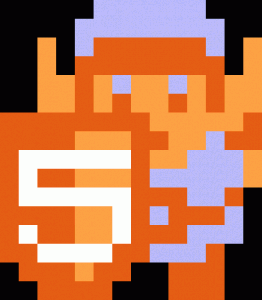 The HTML the Web Deserves

Like many standards, HTML has had a long history of change, sometimes timely, sometimes not. Standardization conjures notions of long timetables and seemingly endless debate, both applicable to HTML5. However, ratified or not, HTML5 is here today. Modern technologies being associated with HTML5, such as Geolocation, continue to see immense growth and development. JavaScript implementations continue to improve. Applications delivered through the browser are continuing to innovate in ways never seen before, even on the desktop. The availability of browsers on mobile devices are bringing these applications to a growing market, which in turn is demanding increasing functionality, sophistication and elegance in their mobile experience.

In 2007, the same year the W3C began its formal working draft of HTML5, Apple introduced the iPhone, officially opening their mobile App Store the year after that. Apple was an early participant in both the HTML5 standards specification process and support of the standard in their products, and today enjoys immense success on their mobile platform. Internet traffic from mobile applications is growing at an exponential rate, and we’ll be looking at that in my next post in a few weeks.