“Being cool, you'll find, is a state of mind - a refreshing attitude.” –Mountain Dew ad 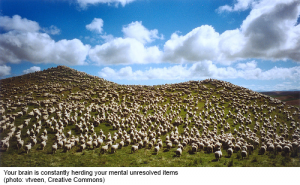 It's amazing how many productive things get done while putting off something else – usually a much bigger and uglier something else. I've always wondered if there was a correlation between the rearrangement of living room furniture and tax season. I know that working on this piece was the perfect opportunity to get caught up on this season of “Game of Thrones.”

Traditional time and task management tend to focus on priorities and to-do lists. In his book Getting Things Done, David Allen asserts that human minds tend to work a certain way and that the old ways are usually doomed to failure in the long run.

If we imagine a pond of still water, we can easily envision the effect that dropping a pebble of any size, large or small, will have on the stillness of the pool. We can anticipate the reaction with clarity and can prepare for it. In contrast, a maelstrom of noise and chaos is difficult to manage and rife with stress and wasted energy. We want to reach that “productivity Happy Place,” as Chubbs Peterson used to say. 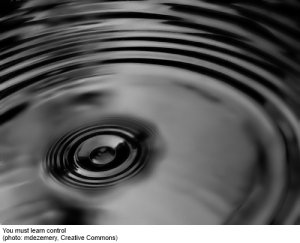 David Allen prescribes a method called “Getting Things Done” (GTD) to achieve the mental focus needed to deal with our never-ending to-do pile. In the modern age, it just so happens that there is no shortage of mobile apps ready to assist us by managing our workflows. One such app is OnmiFocus by The Omni Group, and we’ll look at an overview of GTD in that context.

Getting started with the “Getting Things Done” philosophy involves the typically non-trivial task of performing what is essentially a core dump of all concerns of which one is currently aware. The idea is to capture and externalize this information into a trusted system leaving the mind to get on with more focused pursuits.

What needs to be captured are the items that you more or less need to get done. As you can imagine, this is no mean feat. This can be anything - organizing the shop tools, constructing a new light saber, world domination, and so on. We'll worry about the details later.

When initially capturing these items, the most important thing is to get started and capture as much as possible. A complete compilation of outstanding items can take time as new items are uncovered, recollected or introduced as a natural course of events.

As new items arise, they are best dealt with as quickly as possible, lest they start to pile up and cause noise and distractions.

New items are added with the Quick Entry button. The new entry can be fleshed out with further detail on initial entry, but only a title is required, then the entry can be saved. This handily makes adding new entries as painless as possible, which is good because new items will always arise as the cycle continues. The spice must flow.

The next step is to start processing this collection of items. To keep things moving along in your new GTD lifestyle, the app launches with a prominent Inbox view representing unprocessed items. Ideally this Inbox is maintained at zero items as new items are moved into the various workflows.

One option at this or most any other stage is to simply delete the item altogether once you've decided that an item that's been nagging you is going to be banished forever, never to be completed nor thought of again. The importance and consideration of this decision cannot be overstated. It's important for a healthy intellect to maintain goals and aspirations, but many times these are pushed aside for the more mundane and unimportant matters that linger on out of sheer momentum or neglect.

Other items may be trivially (or even non-trivially) completed at this stage and simply checked off before they have a chance to complicate your mind. Sha-la-la live for today!

Sometimes a task will have to wait for some future event, such as delegating the task to one of your many minions altogether. A neat feature is the ability to defer the item's start date to some point in the future. The item will be greyed-out and less prominent in some views while hidden in others. This is very much in the GTD philosophy. There are many reasons to defer an item in this manner. The item might not be actionable today or it may be a more abstract goal you might be considering for some time in the future. What matters here is that the items are captured and will be reviewed at some point and not forgotten.

Every item is accompanied by a large, handy check box for you to check off as you get things done – isn't that the goal after all? GTD encourages that small tasks be performed or scheduled quickly to ultimately clear them out of play. For the rest of the Inbox items, the next step is to transform these items into their next actionable form. To keep things simple, there are two general flows – to fold the item into a project or into a context.

GTD defines a project as any item which you intend to finish, but may be aided by some decomposition into subtasks. After all, it's easier to take on a large task one step at a time than to regard it as a whole. This way progress is made on the larger goal while staying sharply focused on more manageable tasks. You're not going to organize a second Death Star with the project capabilities of this app, but you can easily add new items to projects or slot Inbox items into existing projects as they arise. A key to the GTD workflow is defining a Next Action for project items. This is accomplished implicitly by simply rearranging project subtasks with a standard edit/drag control. 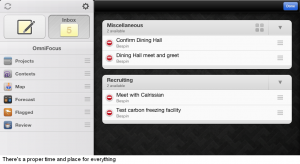 As the saying goes, “Out of sight, out of mind.” The GTD philosophy exploits this to productive ends with the concept of Contexts. Some items are naturally accomplished together because they are physically or thematically related, such as “the Grocery Store” or “At a Computer” or “In Cloud City.” Items can be project actions and still be co-located contextually with disparate project items so they can be quickly viewed from an optimal frame of reference.

Ultimately, the weakness of traditional to-do lists is their limited window of usefulness. They're generally relevant for a single point in time and eventually subject to diminishing returns.

A large part of unburdening the mind from distractions is establishing a mental contract with your own intentions. If it's understood that each item will be visited in due course, you’re less inclined to worry about various random tasks at a given time and are able to stay focused on the task at hand. This ensures that projects and actions fit into the larger scheme of things, like having a strong quarter or meeting academic goals, for example.

GTD contends that stress and failure are created by the mental exhaustion of juggling too many concerns at once, whether one realizes it or not. The idea is to focus on manageable items and thereby affect much greater impact and effectiveness on any single task. Only by constant review can the quality of the captured items be maintained.

OmniFocus enforces constant review of task items with Forecast and Review views. Forecast displays items which are due within the next week. Review enables items to be periodically visited until they are completed or discarded. The idea is to not let items get lost in the system while not being constantly bombarded with them.

This is where the rubber hits the road. If you've made it this far, it's basically a game of task Tetris. You have full awareness of the present context. You've already identified the next actions which are doable, and are also better equipped to gauge your own time, energy and priorities. All that's left is the doing.

OmniFocus is an app dedicated to the Getting Things Done methodology. It enforces the collection, organization and review of tasks. The GTD method relies on these elements working in tandem to achieve its goal of quality productivity.

The app adheres to the broadest mechanics of GTD while conceding to its goals and capabilities as a mobile app. OmniFocus features some basic annotation for action items, but is not suitable as a store of reference material, a significant component of GTD. OmniFocus does what it does with clarity and simplicity without overreaching and coming up short.

Getting Things Done was published at the right time when it offered much needed respite and insight to many beleaguered knowledge workers. Like any methodology, ultimately the proof is in the doing. David Allen’s greatest lessons are to be unafraid to discard tasks (sometimes forever), and to do the rest to the absolute best of your creative ability. Make Chubbs proud! 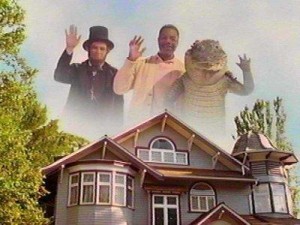 “GETTING THINGS DONE” (2002) BY DAVID ALLEN, PUBLISHED BY PENGUIN

OMNIFOCUS BY THE OMNI GROUP