In previous blogs under the theme “Are your privileged accounts under control?”, the 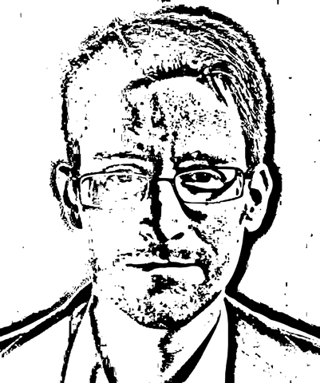 discussion focused on establishing foundational services to address privileged access and creating a prioritized and strategic two-year roadmap. But what about year three? Once you’ve got your foundational services in place and humming, next you can start looking at the advanced capabilities of privileged access management, and focus on “who is watching the watchers?” Who is keeping an eye on the keepers of high-risk accounts such as administrators?

In 2013, former CIA employee and US government contractor Edward Snowden breached the NSA and leaked 1.7 million classified documents to the world. According to Jeff Hudson’s blog (CEO of Venafi), Snowden executed the following tasks as part of this massive internal breach:

What would be the safeguards against the intentional actions of privileged administrators with ulterior motives such as Snowden?

Most organizations lack the awareness and visibility into the various privileged access controls of the keys and certificates used to build trust. The examples above represent a few cases of the advanced features of privileged access intelligence as well as privileged access security that are now becoming an intrinsic layer of network security to “watch the watchers.” Depending on your use cases, these types of features should be considered to fulfil your priorities for year three of your roadmap. When setting out to develop your roadmap, it’s always important to work with experienced security consultants who can assess your organization and create a fully customized roadmap.

In summary, PAM implementations are complex in nature and should not be implemented simply as a tactical move. Just like identity management, it is a journey that needs to be planned properly. Your PAM strategy should be contained in a living document that is kept updated as business and technology continue to evolve at breakneck speed.

Organizations need to allow themselves the opportunity to step back and define their journey with a strategy and prioritized roadmap. They also need to lobby for the support of a sound governance model to improve their chance of success and perform a bakeoff of use cases based on priorities of the strategic roadmap.

To continue the conversation about PAM strategies and leading practices, feel free to send me a message or leave a comment below.