The other day I watched "AlphaGo - The Movie" on Netflix.  I’ll confess to loving a good documentary and this one didn’t disappoint. AlphaGo is a documentary about the AlphaGo challenge where the Google DeepMind team built an artificial intelligence engine to play the game of Go against a master player.

A Bit About the Game of Go 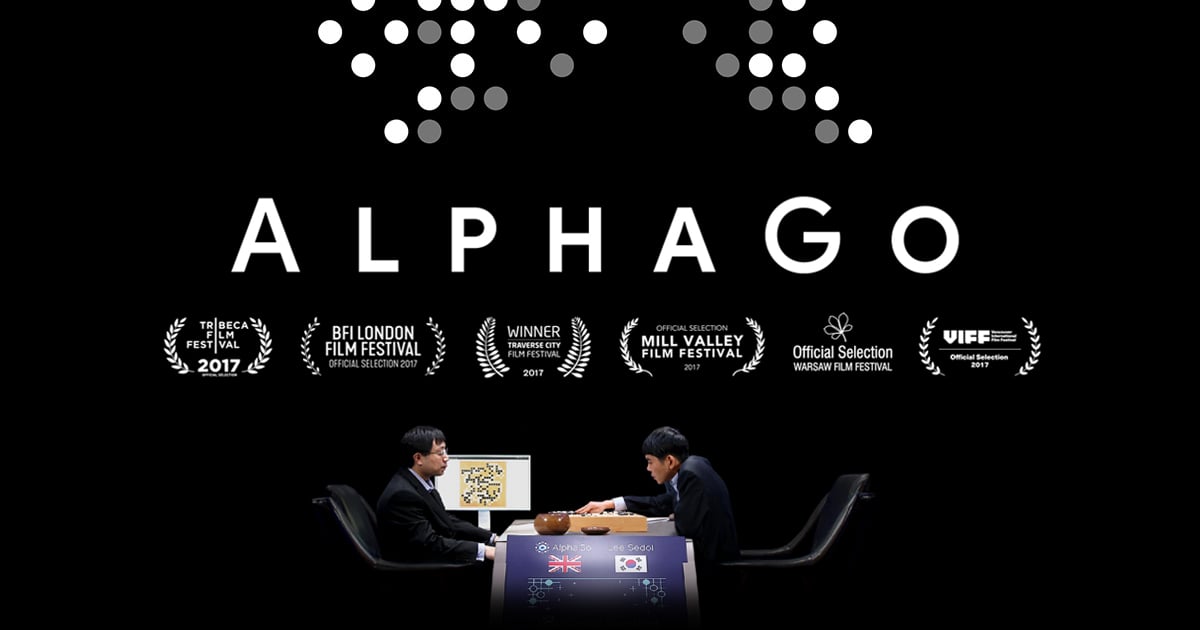 The first thing I learned was what the game of Go is actually about. While it’s not played
a lot in North America, in other parts of the world, especially Asia, it’s an absolute phenomenon. Go is a strategy game invented in China a couple millennia ago so it’s believed to be the oldest board game continuously played from antiquity to today. I can’t really explain the game myself, other than I get the idea that Go is a lot tougher than other ancient strategy games like chess.

In the documentary, AlphaGo played Lee Sedol, a 9th Dan Go master. The movie showed how he would arrive to cheering fans and paparazzi flashing pictures as he strode up a red carpet. Coverage of the match was a major television event and people gathered in large groups all around Asia to watch the match together.

Why I’m writing all this? At one point during the film one of the Google engineers said something that really grabbed my attention.

He said, “Real AI is people plus the machine."

That simple statement, given the context of what I was watching shifted something for me. It’s not a new concept, but it helped me connect the last of the dots and I finally really understood what it meant, and how to apply it to something I work with all the time, virtual agents.

One of the hotly debated topics in Customer Experience is whether virtual agents are more effective for self-service or agent assist? The correct answer is "Yes."  It's a silly answer because the question is all wrong. The right answer is you should be using virtual agents for customer self-service AND to assist human agents. In the end, what we’re talking about in both cases is applying the AI machine to a problem that requires human contributions. What do virtual agents do?

You need both inputs to get the desired output.

In the AlphaGo challenge, AlphaGo won the first three games. Lee Sedol won game four with what commentators called a "God Move".  A move so unexpected virtually no-one would think to play it. Lee Sedol played into Alpha Go's blind spot. AlphaGo had a dataset of tens of millions of games to reference but there are over a googol number of ways to play Go. AlphaGo lost because Lee Sedol played a move it could not fathom. Only a true expert could have pulled off the move but Lee had intuition and creativity on his side.

He could, perhaps even unconsciously, make connections AlphaGo couldn't.

AlphaGo won game five, but it was a close game. Early on AlphaGo made some "mistakes" that flummoxed professional observers and commentators. Then it came back with "subtly impressive" moves that gained a small advantage. AlphaGo didn't pull off its own "God Move" but it played an unusual game (by human standards) and won. It's not much of a stretch to imagine that AlphaGo and its software engineer "advisors" learned a lot from the previous games against Lee, especially from the losing effort in game four.

The secret behind an AI winning at Go is no different than an AI driven virtual agent giving the right answer to a customer query. It's simply a matter of looking at a relevant dataset and winnowing it down to the best answer (or move) given the current context.

AI powered virtual agents narrow down the answer by traversing the dataset looking for historical patterns that led to successful outcomes, and only presenting the answers that were most successful.

Humans, using exactly the same dataset, rely on experience and sometimes intuition to arrive at the correct answer. The learning differences, and implications, run deep but maybe are summed up best by saying "AI learns faster, but humans learn better."  AI processes patterns and correlates outcomes extremely rapidly, but humans understand what they learn and can make logical leaps the machine never would. 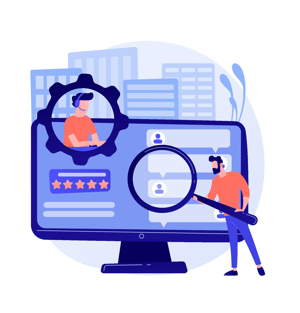 So, what's the practical application?  Another Google engineer said after the match that AlphaGo was a "simple program" that just had a massive dataset and a lot of computing power. It’s the truth.

Machine Learning, which is really where we are with AI right now, is just a set of instructions that tell the machine how to navigate a set of data. The important part is some of those rules teach the machine to return better results based on outcomes of prior searches.  An AI-based virtual agent has a core of knowledge and rules for applying that knowledge.  It doesn't care who asks it a question, it's going to give the same answer.
So it's equally applicable for self-serving a customer or for giving prompts to a newly trained contact center agent.

But the machine can’t learn without some help. Human agents should have tools at their fingertips to tell the digital agent when it got an answer wrong, or what answer it might have given. The most effective way to train a virtual agent is set up a mechanism that lets your human agents give feedback to the AI in real-time, as the interactions happen. A real-time training scheme will always be more relevant, with a larger sample size, than any after-the-fact analysis.

Here's the best part. All of this is within any organization's reach. At its core, Conversational AI using virtual agents is just a data and process orchestration exercise using some specialized toolsets. The "simple programs" needed to achieve a Conversational AI vision are readily accessible, both from a technical and cost perspective, with SaaS acquisition models that scale from small hobbyist projects to massive implementations supporting hundreds of millions of users around the world.

The REAL secret to AlphaGo's success were the humans who built the framework that it could then use to learn the game.

The same is true for using Conversational AI and virtual agents to enhance the customer experience.

AI is the combination of people plus machine.

If you are involved in enhancing the customer experience in your organization you should start learning all you can and looking for partners who can help you both navigate the brave new world of Conversational AI and actually apply it in your CX strategy.